Iron tsuba featuring the legendary Chinese hero Guan Yu (Kan’u Uncho) seated at a low table. The design has been created by carving away a large amount of iron to form the building, windows, curtains, clouds, table, etc. Guan Yu’s long beard is done in shakudo and his hat and clothes are gold iroe. The ‘Green Dragon’ naginata/polearm is edged in silver. The rim is covered in gold. Mumei. Edo period. Probably Mito School.

Mito is famous for the kinko artists who lived there from the Edo age until the Meiji era. Slightly before the Kambun era (1661-1672) Akashi Yodayu worked at Mito. In the Hoei era (1704-1711), about thirty years later, Gunji Koami Yogoro was working at Mito in the same style as Yodayu. They used iron, copper, or brass plate and worked in the Shoami style of ubu-zukashi and relief inlay work, as well as in line carving.

Robert Haynes said the following about this tsuba in December 2013 – “The tsuba with Guan Yu is correct, Mito piece dating about 1750. The inlay is very well done making this a very desirable piece”. 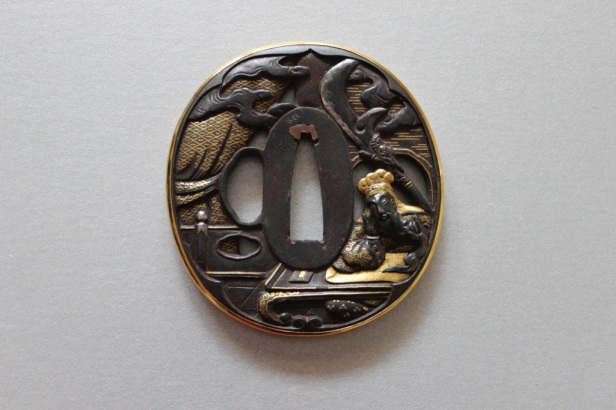 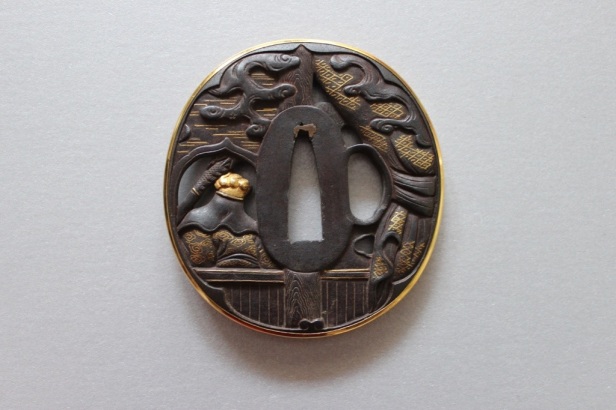 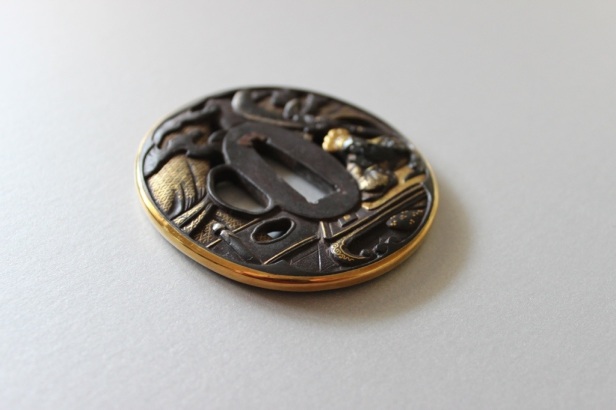 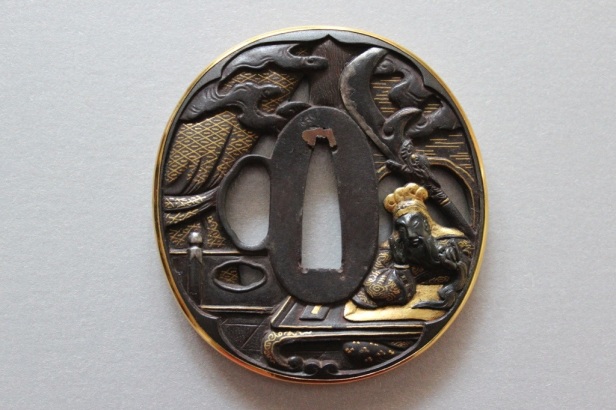 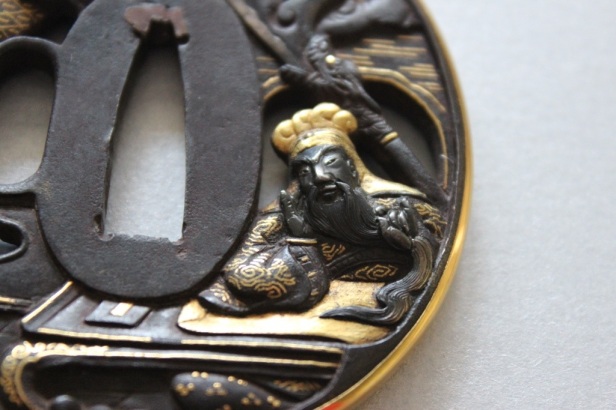 Guan Yu (162-219 A.D.) was a General who served under the warlord Liu Bei in the late Eastern Han Dynasty of China. He played a significant role in the civil war that led to the collapse of the Han Dynasty and the establishment of the state of Shu Han in the Three Kingdoms period, of which Liu Bei was the first emperor.

As one of the best known Chinese historical figures throughout East Asia, Guan’s true life stories have largely given way to fictionalised ones, most of which are found in the historical novel Romance of the Three Kingdoms.

Guan was deified as early as the Sui Dynasty and is still worshipped by many Chinese people today, especially in southern China, Taiwan, Hong Kong, and among many overseas Chinese communities. He is a figure in Chinese folk religion, popular Confucianism, Taoism and Chinese Buddhism, and small shrines to Guan are almost ubiquitous in traditional Chinese shops and restaurants. He is often reverently called Guan Gong (Lord Guan) and Guan Di (Emperor Guan).

Guan Yu’s weapon was a guan dau named Green Dragon Crescent Blade, which resembled a halberd and was said to weight 40 lbs (18.25 kg). 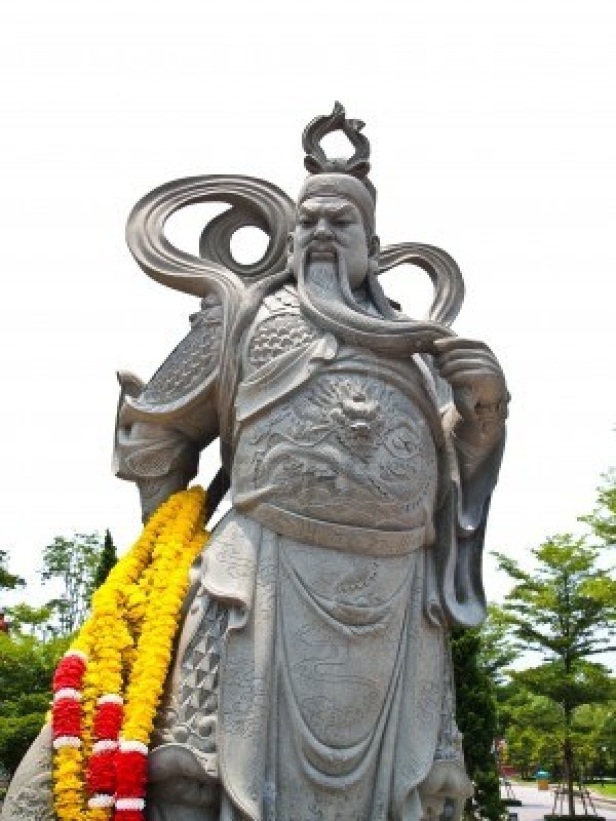